Can a regimen of rationed meals, no digging, and no jumping create happy four legged children? What happens when they bark back? 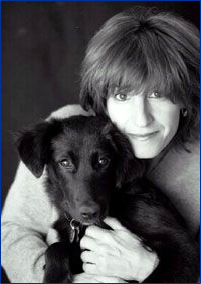 Yale Law Professor Amy Chua has created an international uproar with an article from her book titled “Why Chinese Mothers are Superior” that slams wimpy American mothers. “Bad Mother” Ayelet Waldman responded with her own brand of parenting with the article “In Defense of the Guilty, Ambivalent, Preoccupied Western Mom”. But as the Western mother of a four-legged daughter with an Asian name, I’ve adopted a fusion of East/West principles that offers another point of view.

In reading Ms. Chua’s article, I was both incensed and inspired by her approach to parenting. It wasn’t so much what she said that put me in awe, but how she said it that infuriated me. As one ten-decade experienced psychologist told me, “The Chinese are drunk with power.” On the other hand, there’s tradition and the emotion of guilt to contend with as pointed out by Ms. Waldman. As the Western mother of an adopted four legged daughter who I now co-parent with an Asian Pacific Islander, I believe I have a unique combined perspective on the issue. Here are some of the things that our four legged daughter, Tao, has never been allowed to do: 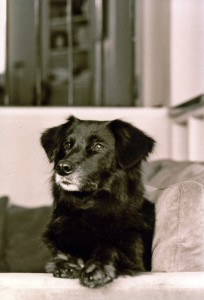 I knew that to achieve good manners and social canine etiquette it would require strict parenting from the earliest age possible. But first the back story; this beloved creature found me when I visited a rescue shelter. From the depths of one cage came forth a black shadow of humble puppy energy. I took her outside in the pen to see if we might bond. She immediately peed in a mud puddle then promptly pounced on my lap and smiled at me. I was done for. As the shelter employee prepared the paperwork and weighed her, approximating her age at 4 months, her name came to me in the shape and energy of a star; TAO, the way of the dog. Somehow, I had intuited an Asian influence, not knowing I would learn as much from her as she would from me.

And so my parenting began. I immediately enrolled us in puppy obedience school. But unlike other Western and Asian parents in the class, I practiced diligently outside of class. I walked Tao up and down the blocks of my neighborhood for hours at length teaching her to sit and stay, to look at me when I spoke, to look both ways when crossing the street, to never pull me – even when the temptation to chase a squirrel presented itself. In essence, I taught her to respect me. And she in turn taught me. Tao has the gift of being in the Tao, able to quietly walk on by other dogs that yelp and yap, never saying woof. It always amazes me how she stays centered and balanced never allowing outside forces to disturb her peace. This is something I learn from her every day. Of course there was time for fun training, too, like learning how to high-five and roll-over.

In training for her therapy degree, Tao learned to get used to moving obstacles and loud noises like those that would match a gurney in a hospital. This was not easy for her. Something in her past had spooked her. I wondered if she had been abused, certainly abandoned. To this day any quick movement resembling a potential strike causes her to cower, which breaks my heart. Still, we worked on this together; endless hours of practice. But Tao is also incredibly social. So I adapted the training with visits to the grocery store where a shopping cart could double as a gurney and instead of nurturing patients in bed, she nurtured ambulatory grocery shoppers in need of a therapy lift that only the unexpected site of a therapy dog in training at a supermarket could provide.

Tao passed her therapy training with honors. Soon we were visiting assisted living homes and libraries where Tao could help children read by “turning the page” of a book with her paw. She was also a guest speaker for the Jewish Home of the Aging (though I spoke on her behalf). People thought I was a “professional trainer”. I wonder if there are such things as “professional mothers” or is it in the genes of the breed or ethnicity that makes the “child” more trainable. Perhaps Ms. Chua’s description of Chinese mothers would make them eligible for the nomenclature.

But my parenting Tao didn’t stop there. It was constant. Tao was not allowed to have a treat for the sake of having a treat. She had to sit or perform some task, like bringing me the mail, the newspaper, or her collar before receiving her reward or going on a walk. This certainly saves me from bending over and throwing my back out. And it gives Tao a purpose. Then one day a friend admonished me for making Tao “do” something every time for a treat. It wasn’t after all, very tao. Guilt sank in. I started getting lax in my discipline. Soon, Tao was allowed to sleep on my bed, though never under the sheets. Then she gained weight which put undue pressure on her thin legs. I knew I had to reinstate the training but Jewish Western guilt had taken over. I was afraid to admonish her lest she reject me.

The reform arrived via my partner, an Asian Pacific Islander named Zen, which was the perfect complement to my nickname, Zoom. So there I was, in a new family made up of Tao, Zen, and Zoom. Zen, a mixed breed of Chinese, Indonesian and Spanish immediately implemented a “slim and sexy” food rationing program. But it took re-training the parent of origin (uh, that would be me), to stop the extra treats which got Tao back to her ideal weight. To remedy this behavior, I wonder if Ms. Chua offers workshops for adult children.

Only once did I ever admonish Tao, and it was completely unnecessary. I had mis-intuited Tao’s sudden erratic peeing in the house. I scolded her and she hid under the bed, afraid of me. I had made my own child afraid of me. But I had to practice this discipline, didn’t I? I couldn’t have Tao peeing around the house in silent protest of what I wasn’t sure. And then we discovered that she had signs of early incontinence. I felt terrible. I had scolded her for something she didn’t intentionally do. I crawled under the bed to reach her, trying to repair the broken bond of trust between us, weeping for forgiveness, perhaps projecting my own childhood traumas of feeling misunderstood upon the situation. And then I truly understood the intense healing that takes place from mother to daughter, from generation to generation, and how parenting is both a journey of trial and error and self-healing. Time eventually healed our broken bond and Tao and I repaired our trust in one another.

By now Tao had accumulated her Therapy degree, AKC Good Canine Certificate, an A in Agility Training, an A in Herding, and was soon to be a Bark Mitzvah. As my mother exclaimed, Tao had more degrees than me. But isn’t this what we all want? For our children to do better than us? This of course, begs the question, how would Tao be able to make a living and be on her own. The answer came unexpectedly when I started marketing celebrated animal author-photographer Jim Dratfield. In his new book, to my surprise, he included a portrait of Tao. To increase the likelihood of Tao’s future celebrity, he happened to place her image next to the Oprah Winfrey quote about the future burning bright. Her paw-signing tour begins next month when the book comes out. I’m rather euphoric about DOGPHORIA’s release and Tao’s participation in it. Maybe she will be able to support herself after all. She now has her own website, www.TaoTheWayOfTheDog.com which lists her paw-degrees and her tour across seven states and two countries. Last month, she visited an ashram in Florida, took a Qui Gong class at sunrise on the Atlantic coastline, and assisted a yoga teacher’s class (the videos are on her website and youtube).

Tao’s celebrity is not only relegated to a cross-promotional book tour on behalf of DOGPHORIA, she also offers online Tao Therapy consultations (inspired by the WSJ article on therapy dogs, 12/20/2010 issue). So for a $5.00 pay pal or credit card payment, you can ask Tao a purpose-in-life question and she’ll provide a meaningful answer. This has undoubtedly turned me into a “stage-mom,” a by-product of my Western upbringing. This was evident to me while watching the Golden Globes, thinking of Amy Chua’s article, and looking for any grown-up Chinese children who had snuck into drama and made it to the Golden Globes. I didn’t see any. So I’m going with the flow of my upbringing. I’ve secured an appearance for Jim on The Early Show and I’m hoping Tao will have a shot to be on the show, too. Maybe I’ll call Oprah and Ellen and the women on The View and see if they’d like to host Tao as a guest on their shows, too, just as long they don’t ask her to play the violin.

All this to say, that perhaps I will after all, have raised my four legged daughter to become self-sufficient and a role model in living a life of Tao, a life of self-acceptance, regardless of how we are parented.

Lynn Isenberg is Brand Marketing Strategist for “Dogphoria” and Petography.com through her company www.FocusMediaMarketing.com and author of the comedy trilogy series “The Funeral Planner” being adapted into a film with director Donald Petrie (“Miss Congeniality”). Her new novel The Funeral Planner Goes Global is a modern day adventure set in China with a Western female protagonist exploring the history of the Jews in China, released January 2011. She is also adjunct professor of Transmedia Entertainment & Technology at Loyola Marymount University. Dogphoria, published by FastPencil’s elite imprint Premiere, is available for pre-order now and will be released March 2011. Visit www.Facebook.com/Dogphoria and www.TaoTheWayOfTheDog.com. 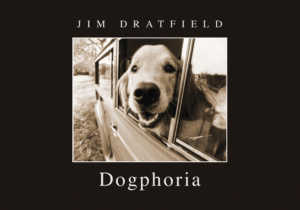